Who am I fooling? We might as well get down to reviewing episode twenty-two, “This is Your Sword.” Since that is literally the worst name for an episode I have ever seen, we’ll be calling it “We Actually Have No Idea What To Do With Queer Characters.”

What a train wreck. Logic? Nope. False dichotomies? Check. The same sloppy writing that has plagued the entire season? It is here in abundance.

But there is one particular atrocity that I want to discuss in this season, and that is the concept of corrective rape.

Corrective rape is a hate crime. In the simplest terms, it is an act of violence wherein members of the queer community are raped by straight people because the straight people believe the trauma will ‘turn them straight.’

And yes, just in case your jaw is rightly dropped, corrective rape exists, and people actually believe that it will work. Because nothing makes a person want to have sex with a group more than being raped and traumatized by that group!

“But Molly,” say the Arrow writers, “why are you bringing this up? It’s nothing like Ra’s al Ghul forcing his lesbian daughter to marry a straight man to be raped and forced to bear children so that the sexuality he has always punished her for can stop being an inconvenience to him!”

In response, I will get a large spray bottle and spritz the Arrow writers for being bad.

Look, I’m not saying that rape can never ever ever exist in fiction. These topics do need to be dealt with. In fact, Arrow’s CW sister Reign had a rape plotline this season that was handled tactfully, carefully, and with careful attention to the symptoms and effects of PTSD.

The problem is that Arrow is horrible at dealing with its queer women. And since real-life queer women are subject to murder and rape in disproportionate amounts, it is at the very least, distasteful. At most, it perpetuates the ideas that, since queer women don’t want to sleep with men, they don’t really have a purpose. Sarah was a vigilante until she had to be killed to propel Oliver’s ascension to Demonhead. Nyssa has flitted in and out of the plot at random, usually getting in the way, before getting a few brief moments in the sun eating milkshakes. And now this.

Congratulations queer women, this plotline says. You can die or be raped. We have nothing else for you.

Across the board, the response of the online community is one resounding, detached, “Writers, you suck.”

This is the laziest way to tell a story. It really is.

At least in Reign, the woman in question (Spoiler alert: It’s Mary) has had a million other plotlines. She has been romanced by three different men, slipped into adultery, played around with the succession of the French throne, weathered a plague, run away from court, and thrown a lot of awesome parties, all while avoiding assassination attempts, assassinating a few people, and being queen of Scotland in her own right.

Elsewhere in the CW universe, The 100’s lead, Clarke Griffin, is a confirmed, canon bisexual character who has assumed leadership of the entire Arc population. She has dealt with choices of war and morality, forged political alliances, and gained the respect of the people who follow her. 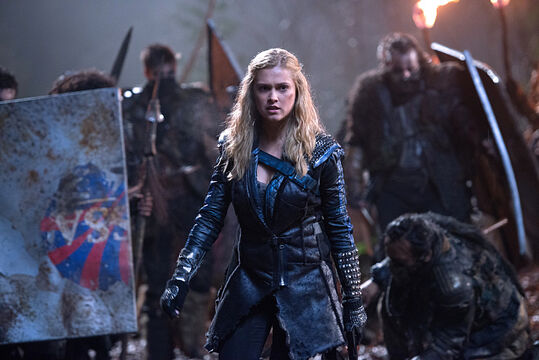 It’s almost like queer women (and women in general) can have plots that don’t revolve around the punishment and repurposing of their sexuality.

To be honest, I would not lay money on seeing one of those plots in Arrow.

At least there is one thing to be thankful for: We’re almost done.

O’Neil, Legendary Writer And Editor, Dead At 81 Denny O’Neil, the...

This week's binge session was focus on the one and only Avatar: The Last...

Wallpaper of the Day – Green Arrow

We here at Word of the Nerd are proud to continue bringing you the Wallpaper of...

Molly is a 24 year old teacher from the Midwest who currently resides in the West. She likes history, travel, and trying very hard not to set her baked goods on fire. She watches all science fiction religiously and advocates very loudly for good representation in race, gender, and sexuality. She loves antiheroes from the bottom of her blackened little soul.

Word of the Nerd is looking for one or two persona

EMPYRE The return of the Celestial Messiah to the